Face of Buddha, Ananda Pahto, Bagan built in 1105 AD during the reign (1084–1113) of King Kyanzittha of the Pagan Dynasty. The temple layout is in a cruciform with several terraces leading to a small pagoda at the top covered by an umbrella known as hti, which is the name of the umbrella or top ornament found in almost all pagodas in Myanmar. The Buddhist temple houses four standing Buddhas, each one facing the cardinal direction of East, North, West and South. The temple is said to be an architectural wonder in a fusion of Mon and adopted Indian style of architecture. The impressive temple has also been titled the "Westminster Abbey of Burma". The temple has close similarity to the Pathothamya temple of the 10th–11th century, and is also known as “veritable museum of stones”. 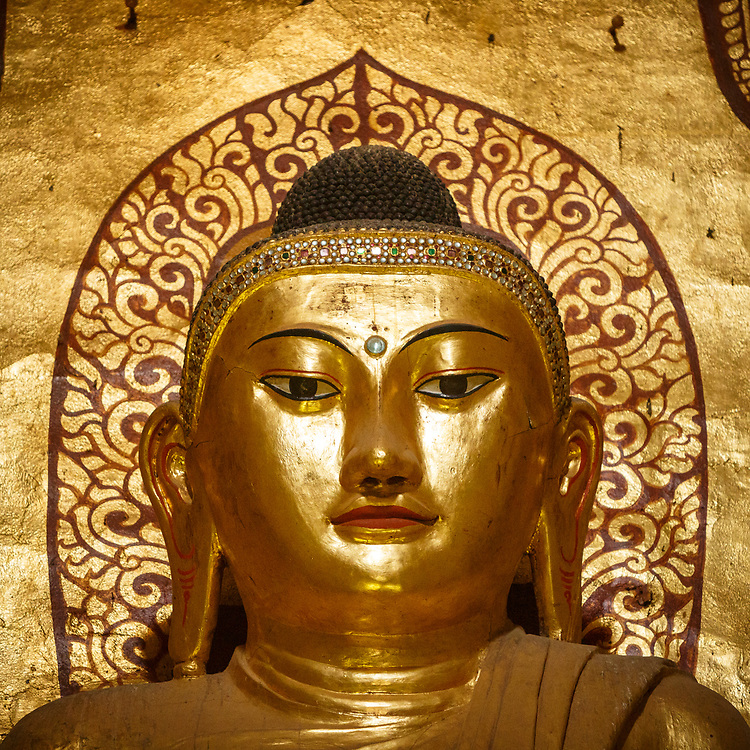