back to search results

Sunset at Mandalay fort. Looking like a massive soundwave on the skyline. Mandalay Palace was the primary royal residence of King Mindon and King Thibaw, the last two kings of the country. The complex ceased to be a royal residence and seat of government on 28 November 1885 when, during the Third Anglo-Burmese War, troops of the Burma Field Force entered the palace and captured the royal family. The British turned the palace compound into Fort Dufferin, named after the then viceroy of India. Throughout the British colonial era, the palace was seen by the Burmese as the primary symbol sovereignty and identity. Much of the palace compound was destroyed during World War II by allied bombing; only the royal mint and the watch tower survived. A replica of the palace was rebuilt in the 1990s with some modern materials. 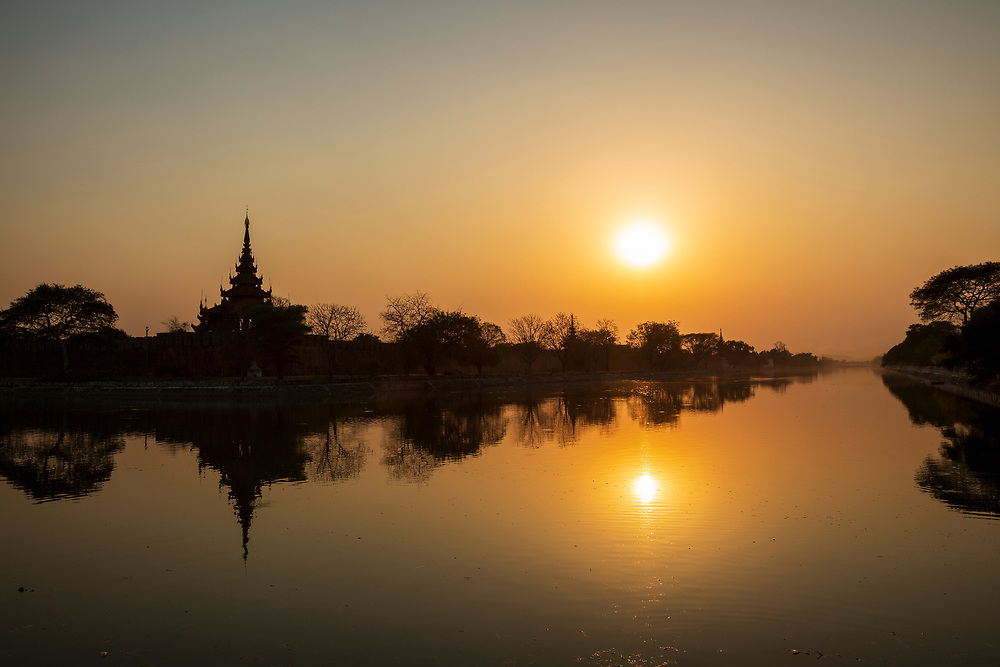